The open beta for Ghost Recon Wildlands has come to a close, just before the full release on March 07, 2017, and with it; the hype train has hit full steam. I would argue that the hype train hit full go right after the closed beta but there were some unanswered questions that had to be addressed and some that are still unanswered. PvP? Flight controls? Matchmaking? These questions and more have yet to be answered but at least we got a good taste of what we can expect from the base game and it will be good.

Before I played the open beta, I spoke briefly on The Intel Drop about what I wanted to see coming off of the closed beta. The majority of the things I spoke about were small and I was knit-picking but some of them were necessities, in my opinion. The two main issues were flight controls and network drops. To me, these were the most important. I can accept small bugs; the map glitches, the falling pedestrians and the fps drops. For some, these are game breakers but to me, they aren’t.

I want to preface this debrief by saying, I don’t necessarily play the way most do. I am an amateur tactician and I love to make military games as real as possible so when I get the opportunity, the difficulty is set to high, the HUD is minimized and I play as though my life depends on it. This play style will lend itself to some different experiences from other players so take what I say with a grain of salt and if you get anything out of reading this, know that this game is going to be good no matter how you plan to play.

The open beta was something that I approached in a different manner than the closed beta. I really wanted to experience the nuances of the game and the smaller things. I set a goal to 100% it but at the same time I wanted to test some things that I didn’t get a chance to in the closed beta. Kills at distance (long range recon), diving deep into the skill tree and attempting to figure flying out (which I am still terrible at). A buddy of mine asked me if we could attempt a long shot kill at distance in the game, 3 hours later a couple of frustrated Ghosts decided to do something else. Our attempt at a kill from more than 1.2km away lead to a few conclusions - It felt impossible but was not, it creates a really cool dynamic between sniper and recon partner and last of all, the kill(when it happens) is very gratifying. Now don’t get me wrong, I am very aware that this is a video game and not real life BUT after working with my sniper to get this kill, you end up speaking a weird language that no one else would be able to understand. “Send it….Miss, up two clicks, right one click and send it.” “Sent but fog is rolling in, I have no LOS.” “No worries I’ll guide you in. Miss, one more click up, hold windage and send it.” It’s fun right?! 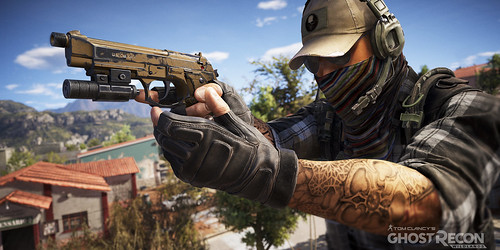 The second goal I set out accomplish in the open beta was to take a deeper dive and gain more of an appreciation for the skill tree and what direction I would want my Ghost to go. I settled on a recon medic and a door knocker. So in order for me to build the medic side, I needed to get my drone to the highest tier possible, which would unlock the ability to revive teammates when downed. The other skill I grabbed as soon as I could was the speed revive. It’s a must. In order to build that recon side, I had to grab as many skills that pertained to marking/tagging enemies, being able to see the enemies without being seen and along the drone path, upgrade the drone’s ability to stay up longer without being seen. These skills helped a great deal since the drone skills are all in the same branch of the tree, the problem was getting enough resources to do so and still build other skills. Obviously in the release, that won’t be a problem but in the open beta, it was a bit difficult. None-the-less, I made it and I can safely say I will definitely be sticking with that route come release. 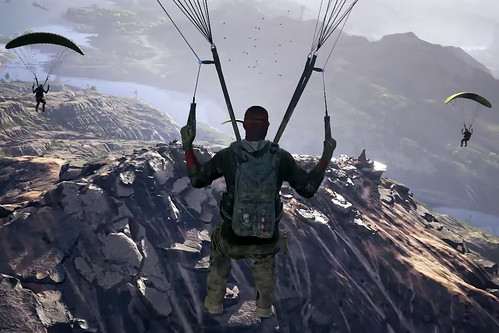 The last goal I had for myself was to figure flying out, I failed. I actually gave up after a couple hours of flying the helicopter around the map. I couldn’t do it and that frustrates me. Not just because I have a small competitive streak in me but also because of principal. I want to be able to be a good pilot. I want to figure it out and maybe I will after release but it did NOT happen in the open beta. The biggest thing I took issue with was the lack of rudder/rotor control. It’s there, but it is not independent of the rest of the flight controls. Why is this a big thing? Because when you are trying to fly, you need the ability to control your side to side motion independently of your roll control. It’s a fine tuning thing that I swear will make all the difference in the world. I also had a problem with nose control in the helicopter. The planes were ok in this area obviously because if you dip the nose, you go down. With helicopters, your vertical control is separate from your nose control and in Wildlands, there is no nose control. The area that you will really find this a problem is if you decide to provide support for your team with strafing runs or getting into dog fights. You have to be able to aim and that is very difficult at this point. Towards the end of the beta, I treated the helicopter like a rock - We jumped in, pointed it in a direction and threw it, hopefully we made it there without puking too much.

If you read my first write up about the closed beta, you know that I am a fanboy, I created a podcast about Wildlands for crying out loud. I am excited for this title, for the potential that is there and for what we have played thus far. I am very happy with 98% of this game and what is offered, and with the announcement of the DLC content and PVP, that just adds to my excitement. I am not above calling things like I see them and this game still needs a little polish, but I am willing to let it go for quite a while before I really start to worry. I am ready for this game and I am ready to experience that excitement in the unknown and the rush of a perfectly executed raid on some narcos. 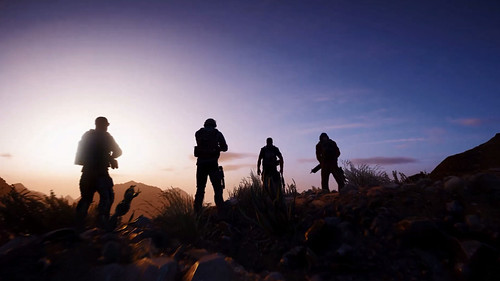 I’ll see you in the Wildlands.

Authored By Tibiryus
I am an amateur tactician and I love to make military games as real as possible so when I get the opportunity, the difficulty is set to high, the HUD is minimized and I play as though my life depends on it.