This month we jump into a realistic online first-person action: Escape from Tarkov, and Monster Hunter

Recently Escape from Tarkov experienced somewhat of a renaissance. Battlestate Games (Tarkov’s developer) announced their twitch drop campaign for in-game loot. In conjunction with the game going on sale the Tarkov community seemly grew overnight. The campaign only lasted a week however this cult classic rose to one of the top ten stream games ever since.

The influx of new members to the community has allowed the user base to grow. The most encountered question I come across is: what is Tarkov? Well that’s a philosophical question that cannot fully bedissected and accurately debated in this forum. The quick summary is this game is a high-risk looter-shooter. You create you soldier’s loadout from resources in your stash, procuring equipment from traders or from the dead bodies of your enemies. Once you enter a raid you keep all the loot you can extract with. However, if you die your loot can be swiped by whoever is brave enough to obtain your loot and get out with it. Word to the wise, I know this formula sounds all too common at this point, but do not call this game a battle royale. 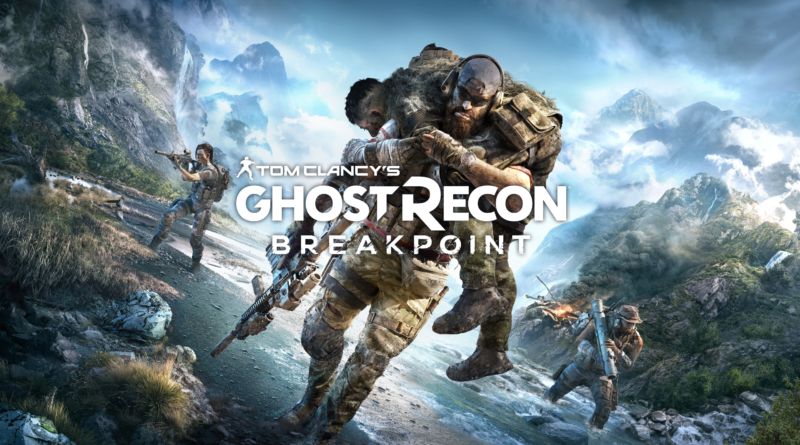 This last month was the 2 year anniversary of MHW and with it came an in game celebration and playable event. Now in Monster Hunter there have always been seasonal events and with these events come new and interesting quests. Some involve you fighting larger or smaller variants of previously seen monsters. Others pit you against several monsters at a time, forcing you and your team to work together to manage multiple targets trying to mince you into tiny pieces. Some of the most challenging are quests that involve multiple stages in which you have to accomplish certain tasks before moving to the next stage.

On any given night if you shoot out an SOS in the discord channel chances are one of the dads is more than happy to jump online and help you take down that roadblock that has been giving you trouble. We all thrive on being able to see our own skills in the game increase and helping the guys who haven’t had as much play-time catch up to the gameplay loop that is the end game. If you’ve thought about giving MHW a try but are overwhelmed by the barrier to entry that is the mechanics and combat our community is more than willing to take people under their wing and teach them the MH way. With the base game now free via Xbox GamePass now is as good of a time as any to give it a shot. Good luck my friends and remember,

Come join us for some friendly fun and casual Wolf and drone killing on any platform of your choice. We have Dad’s playing across PC, Xbox, and PS4. 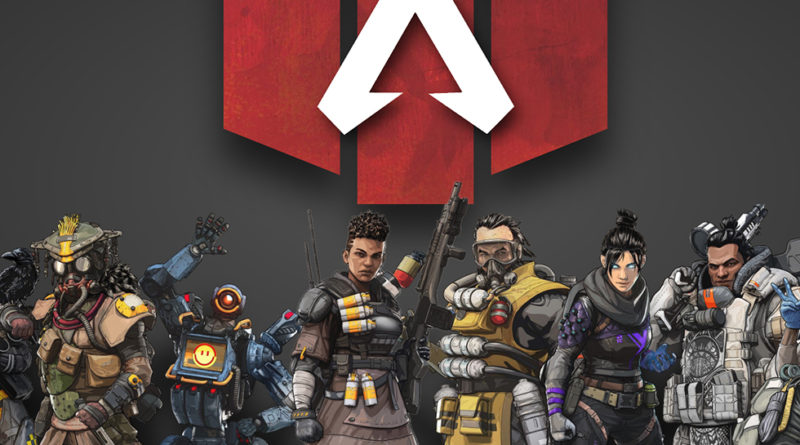 As we come to the end of January, Apex Legends is wrapping up Season 3, which saw some of the biggest changes since the initial release of the game, the most prominent being the brand new map, World’s Edge. Featuring a wide variety of environments, the new map has offered exciting challenges to both new and returning players. The other major change was the addition of the 11th Legend, Crypto.

Crypto brought a second Recon class Legend to the roster. His abilities are focused on surveilling enemy teams with the assistance of his remotely controlled drone. Enemies within 30m of the drone are highlighted with a bright orange triangular ping that tracks the target while they are within this range, and are visible to all teammates. His ultimate ability is an EMP that is triggered by the drone and does 50 damage to all enemy shields within a very large radius, as well as slowing them temporarily. Additionally, it disables enemy Wattson traps, Caustic traps, and Octane jump pads. While he is not the strongest choice in the early game, during the final circles, his ability to pinpoint enemy teams gives you a strong tactical advantage.

Overall, Season 3 has provided a breath of fresh air to the game. The meta of the game has shifted to favor more mid to long-range engagements thanks to larger overall map size and long sightlines. An early complaint of low loot distribution compared to map size has seen some improvement as Respawn has increased the number of loot bins present in many areas. Furthermore, the inclusion of three high tier loot vaults that can be unlocked with special keys has created a tactical tradeoff between getting to a vault quickly versus potentially running into other teams seeking the same thing or waiting in ambush.

Apex Legends is currently in the middle of a new Limited Time Mode called the Grand Soiree. This mode has been an arcade-style mashup of 7 game types, each lasting two days. These game types have brought new and exciting twists on the standard game format, including a 3rd person mode, a mode that automatically respawns teammates whenever a ring closes, and a ring that deals high damage and never stops closing. With 3 modes left to go until the event’s conclusion on January 28th, there is still lots of fun to be had.

Respawn is quickly approaching the 1st anniversary of Apex Legends, coming up on February 4th, which will coincide with the end of Season 3. No one knows for sure what Respawn has planned to celebrate this momentous occasion, but everyone is excited to see what’s in store. 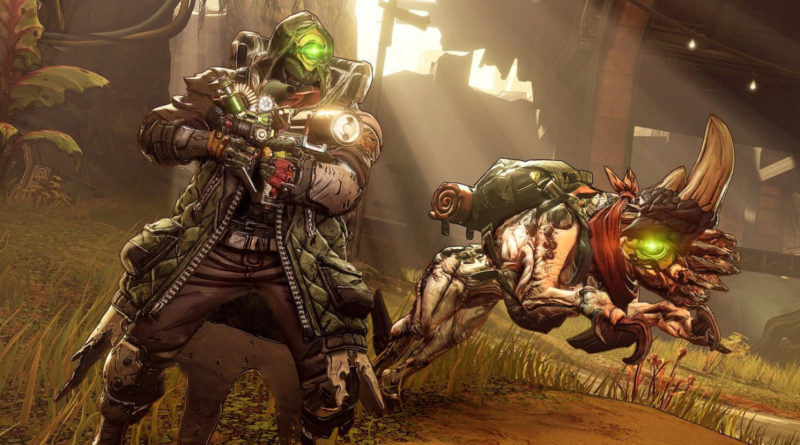 If you are carrying a torch for any of the previous versions of Borderlands, then the fire will keep burning for this installment. The guns are the main attraction and the potential of getting a better one is around every corner. Well, at least until about halfway through your first run of the campaign. At some point, you become the angel of death and everyone else is just fodder. And then the fun starts… True Vault Hunter Mode! No explanation needed just turn it on and start, now your playing Borderlands 3.

Gearbox is a seasoned developer any complaints I have about Borderlands 3 can be chalked up to preference and opinion. I am not a fan of open-world games moving towards this new open segment or area model. Borderlands 3 using plants as their open areas (as does outer worlds). It creates unnecessary loads times and UI navigations issues. Even more importantly I love games that have the “if you see it you can go to it” sense of adventure connected to it.

Borderlands 3 is still king of the Looter Shooters in my near-sighted eyes. Great guns, great voice actors with Borderlands gameplay. The game should experience an injection of excitement soon with the upcoming release of Takedown at Maliwan’s Blacksite DLC. 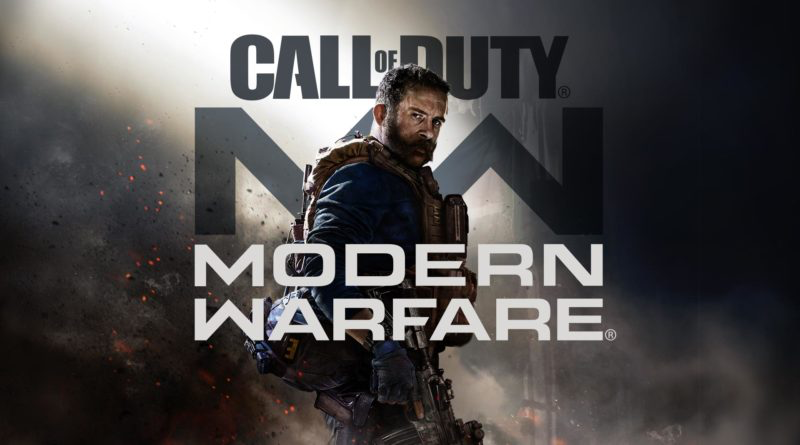 In a world of remakes, retelling, and reboots of movies, games are no different and this year’s installment of Call of Duty followed suite with Advanced Warfare. I know at first it seemed they ran out of ideas and just wanted to make a quick yearly installment but in my opinion, they did a great job and this is one of the best ones since Modern Warfare 2. With the closing of Season 1 right around the corner, February 11th I wanted to give some thoughts and personal opinions on this year’s installment.

What I like, the fact that it is grounded, there is no wall jumping, double jumping, grappling hook or jet back. I know a lot of people liked those features but I like the boots on the ground feel and sure there are some people jumping, shooting and laying down all at the same time but there are not as many as there used to be.

Cross-Play and Skilled Based Matchmaking (I know most hate it), the cross-play makes it so there are a lot more people to play with and with the SBMM you play against people that are generally the same skills as you. Very rarely do I have to wait more than a couple of minutes to find a match (not counting loading times) and I have not tried to turn Cross Playoff to see how long it would take.

DLC, the fact that all maps, new guns, and game modes are free is a huge plus for me. I am on a budget and can’t buy a ton of video game-related things so having free DLC is a great feature. Sure there is a store but everything is cosmetic within the store and it will not give you a leg over the competition. The Battle Pass is also all cosmetic so if you want to go for it, most people had enough COD points just from buying the game.

Sure there are some negative sides to all of this, for example, a lot of players do not like the SBMM because they didn’t get to play against their Christmas Noobs but I have been on the receiving end of that and more power to Activision for not messing with it. Sure there are bugs, looking at your collision but they are doing weekly updates which include bug fixes and weekly game mode rotation.

Overall I feel this is a great installment and the game has a lot to offer, there is still a Battle Royal mode coming out for it which will offer its own take on the mode, more classic and new maps, more guns, more season, and much more. I am looking forward to seeing what else the game as to offer and what it will bring to the table to keep it fresh. I played the single-player and can see it’s fun, I beat it and not really a single-player FPS guy so not much to say about it, as for the coop, that’s hard as heck and need to the premade team for it. I haven’t played much if it but will mess with it one of these days.