If you’re a Destiny fan, you’ve probably already heard the news that Bungie is releasing an update on 4/12 for Destiny - The Taken King. If you haven’t… hold on to your scout rifle Guardian. Bungie held the first of three Twitch streams today to reveal some of the new content coming in the April Update.1 Today’s update was covering “New Things To Do”.

The Twitch stream opened with a slew of tidbits and updates on the changes coming in the April update. The first was that this is a free update to anyone that owns The Taken King DLC. 2 This update is being brought out by the Destiny Live Team and is the biggest project the Live Team has done to date. I’ve broken down the biggest points DeeJ and Bungie revealed in today’s stream.

The update includes changes to the existing content as well:

The Reef & Prison of Elders

The Reef was initially released as part of the House of Wolves expansion pack. The April Update brings The Reef and Prison of Elders into Y2. During the discussion of what’s coming in the new update, Bungie revealed that the Taken are not gone, but have a new power leading them - Malok.

The other new baddie (or is he?) is that the Archon Priest is now Taken as well. This led to DeeJ revealing that the new strike will be a version of Winter’s Run with Taken in it. Beyond the new content DeeJ discussed, one of the most recognizable changes will be the map of The Reef itself. 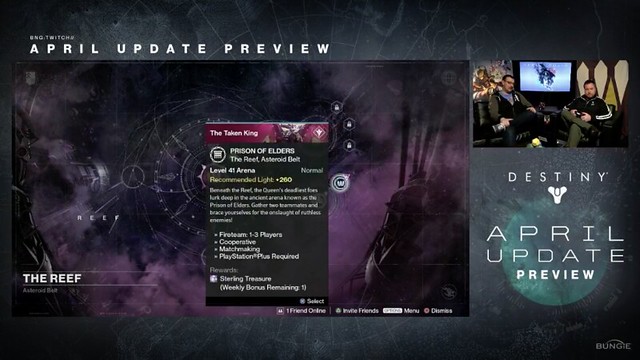 As you can see there are some new and updated places to visit in The Reef:

Play Through of “Challenge of the Elders”

The stream was wrapped up with a team of Bungie employees (including Cozmo) playing through a session of Challenge of the Elders (CotE). Some of the highlights discussed or shown during the CotE game play were:

According to Bungie, based on the boss rotation and new/updated modifiers, a Guardian will have 4 months of fresh content to play in CotE. Here are some screenshots of the play through Bungie showed. 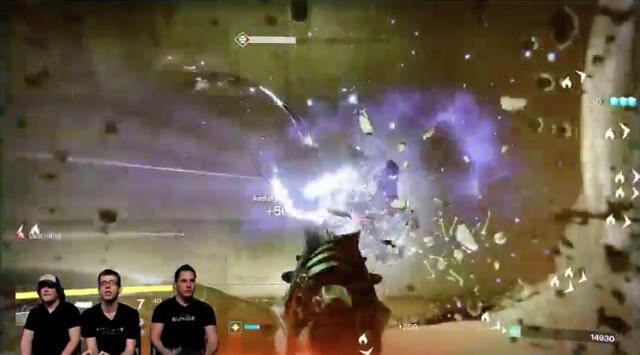 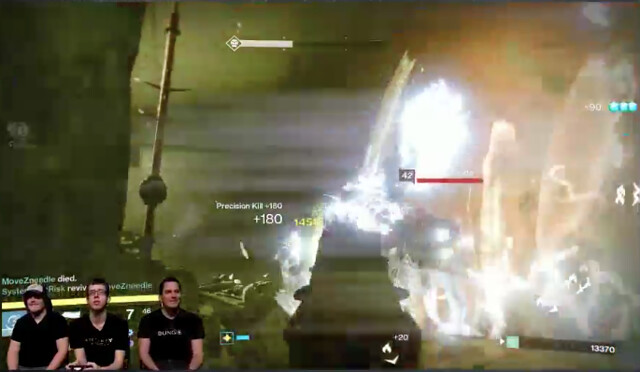 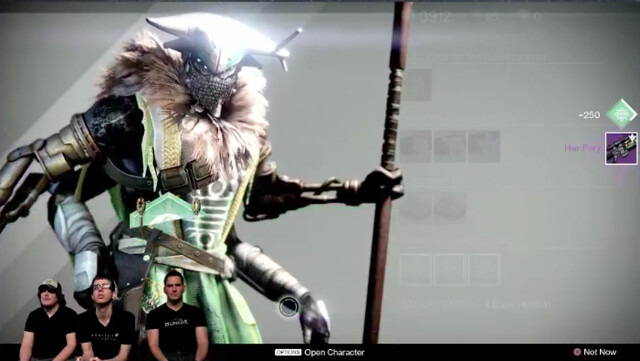 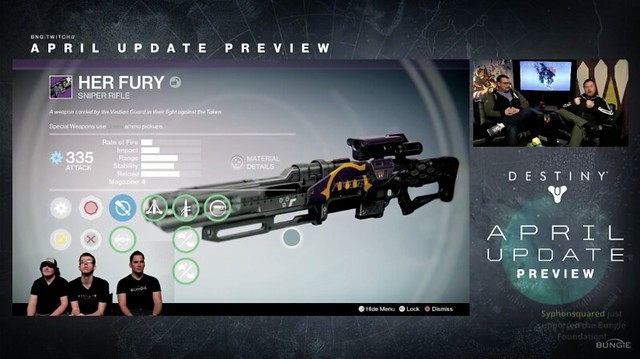 Yes, there is a new perk tree on the weapon and Bungie said that will be discussed next week.

There were a few odds and ends revealed through out Bungie’s stream today. Deej and the gang didn’t go in to any detail, but they were put out there publicly none the less. 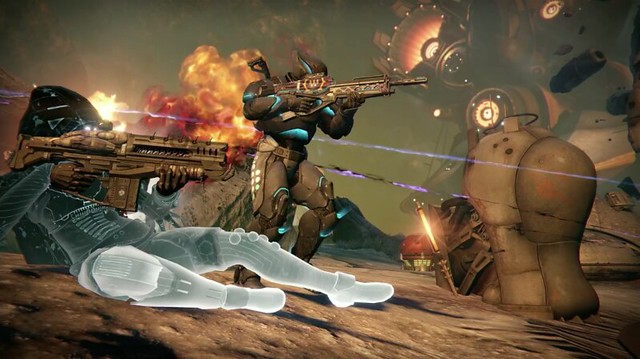 Both of the updates will be on Bungie’s Twitch channel: twitch.tv/bungie

See you all on April 12 Guardians!